Chris Allen and Cosire tipped us off about Slashdot's new poll. The classic TCS Tiger's Claw is among the options for Favorite Sci-Fi Starship. They managed to goof the name, but it's still great to see Wing Commander included with the small handful of iconic space series. Slashdot polls don't stay up for long, so head over now and give it a boost.

It would be great to get a ton of votes to show EA that Wing Commander is alive and well.

Occasionally we joke about the next Wing Commander title potentially being for cellphones, but EA is actually quite serious about the mobile market (which is separate from the hand-held PSP/DS market). Their newest game for the platform is none other than Command & Conquer 3. A cute promo trailer (12 meg .mov) featuring Joe Kucan/Kane is available to download now. The game is due March 14. Check out more releases at the EA Mobile site. I'd say it's a good bet that someday you'll be playing Wing Commander on your phone. In the mean time, Prophecy Advance and EA Replay are there when you need WC on the go. 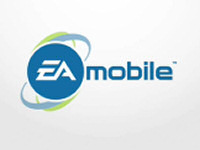 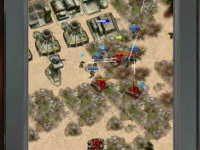 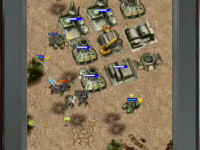 Command & Conquer 3 Tiberium Wars is coming to mobile phones this March! Now you can take Command & Conquer with you wherever you go. Join the GDI to reclaim the region taken by Kane and his evil Brotherhood of NOD. Embark on an adrenaline fueled single player campaign to stop the launch of a deadly weapon, or take on the action packed Skirmish mode to test your strategic wits. Defend your base at all costs. Welcome to mobile, Commander.