Have you ever wanted to play a Wing Commander game with a piece of footwear? That company that makes those shoes with built-in wheels just brought us all one step closer. Heeling Sports Limited is set to introduce The Gamer later this month. Although not an actual XBox 360 controller, the shoe features a decorative analog stick, directional pad, guide circle and four thumb buttons on its sole. These will show your competitors that you mean business at your next Arena party. Give the manufacturers a call at 1-866-4335-464 to get on their waitlist. 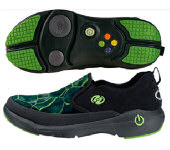 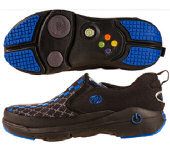 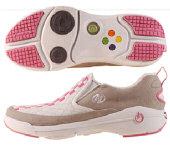 The Gamer is a fusion of design and function that combines an ultra lightweight construction, washable microfiber upper and advanced sublimated graphics to produce a one-of-a-kind visual and tactile experience.

The Gamer... Inspired by Gamers and the Games They Play!!

Surprise - Special Ops 2 has shipped! You wouldn't even know the game was in development, from the last bunch of Point of Origin updates... but on June 19, 1992 it takes center stage. Well, not entirely - check out the 'Dear Point Man' segment, which mentions rumors of some involvement with Electronic Arts...