As promised, Wing Commander II: Vengeance of the Kilrathi is now available on GameTap. If you have an account, the game is included with today's software update... if you don't, get one! GameTap is a subscription-based gaming service which offers 'hassle free' legal access to hundreds and hundreds of classic titles... including Wing Commander, Wing Commander II and Wing Commander IV! You can find the GameTap website for WC2 here and the online manual here.

The download is 18 megabytes. I gave it a quick run through... and it's the best GameTap'd Wing Commander title yet. It is the DOS version with the speech pack included, and the speed is just right. Mouths move correctly, fighters fly smoothly and you'll remember why you fell in love with the series in the first place. The only question is: what's next? Wing Commander III? Privateer? Something completely different? Only time will tell! 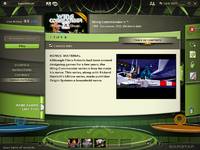 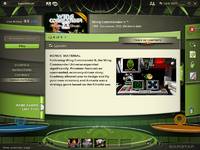 Happy New Year! Welcome to 1992. When last we checked Origin had missed the important Christmas deadline for Ultima VII, Ultima Underworld and Strike Commander... and those familiar with their history know that final product won't ship for another year. As this year of Point of Origin newsletters opens, we'll be seeing how the company deals with missed sales expectations... and how important Wing Commander was to their success. It's January 17th, 1992 and this is Vol. II, No. 9 (it will take several years for Origin to figure out the 'Vol, No' thing - look at Claw Marks!).

Wing Commander II enjoys its own cult following. Just about everyone who picked up the joystick at that machine already had an intimate knowledge of the spacecraft, their weapon systems a nd the wingmen's personalities. Over on the Software Toolworks booth, Wing Commander playing off a surprisingly fast MPC-standard CD-Rom drive kept Wing fans equally enthralled.

Just before the show, we leaned that Wing 2 picked up 'Game of the Year' a nd 'Technical Brilliance' awards from Australia's PC Games Plus Magazine. Congrats to both teams.

Back at the show, Marten, Karl, Anita and Jennie handed out a few awards of their own. They honored the distributors and retailers for helping Wing 2 achieve 500,000 units sold worldwide.