Howard Day has posted a status update and three new ship images from the WC Pioneer fan game. The ship is the 'Phalanx', an original ship created for the project. Looks nice - I like the external missiles! These Phalanx shots show how the model has changed with the addition of a visible cockpit... you can find an earlier rendering here.

I'm currently going through the models and adding in visible internal cockpits to them. this is not as complex as it sounds, and does add a lot to the finished visual quality. While I'm at it, I'm also placing all the hardpoints, guns, afterburners, thrusters, missiles, and radar (if applicable) on these things so the game can just read the locator info in and display everything correctly from the get-go. This will come in handy as tests for the asset viewer and compiler continue. Only minor changes to report besides that - I've created the torpedo launchers, made the missile and torpedo mount more solid and streamlined, and updated some of the missiles and equipment. I'm going to continue working on interior cockpits and locator placement for the foreseeable future (I have upwards of 20 ships to go through)... 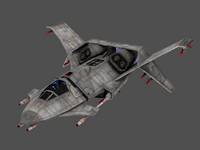 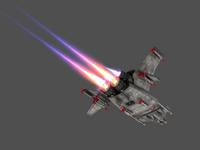 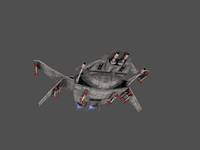 We're back with the second archived issue of Point of Origin, Origin Systems' in-house newsletter. This one focuses on the 1991 Summer CES show where Ultima VII and Strike Commander were shown... but it also touches on Wing Commander licensing and the technical and promotional issues leading up to the Wing Commander II launch.