Here's another important date for you to save: September 26th. The Wing Commander: Standoff mod team has announced that the penultimate episode of their game will be released then! Here's the official word:

Things are getting really close to completion now - the missions are in the final stages of bugfixing, we're only missing two pieces of music... and still waiting for quite a few voiceovers (although they've just about all been recorded now). Still, we wouldn't be announcing a release date if we didn't think we could realistically keep it, right? So, watch this space on September 26th - the Battle of Sirius is about to begin! 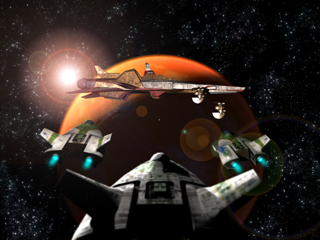