Nevertheless, Garriott has been interested in space tourism for years and was heavily involved in making the concept a reality at the turn of the century. His father, Owen Garriott, was one of NASA's Group 4 scientist-astronauts. Owen spent two months on Skylab in 1973 and then flew aboard Columbia on the first Spacelab mission in 1983. Confirmation of Richard Garriott's trip should come in the next month.

You can find the original report here.

The Move of a True GamesMaster

Here's something cool: a five minute segment from the British television series GamesMaster about the making of Wing Commander IV. It includes an irreverent visit to the set and interviews with Mark Hamill and Tom Wilson! You also get a nice close look at some parts of the sets not seen in detail in the game... including the various extras in the cantina on Nephele. This segment originally aired November 30th, 1995. Thanks to Jetlag and AD for editing out the video for us! Download it here (22 MB, AVI). 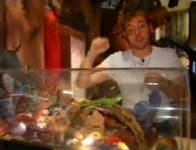 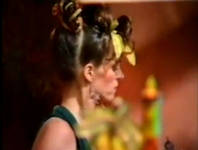 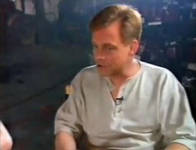