You Will Travel Far, My Little Kalrechi

Deacon has posted the first images of PL04 Kalrechi 3D model for his Privateer 2 'recreation' project. The model was built by Kears, based on the original civilian ship.

He's also reminded everyone of the excellent Privateer 2 Wiki (currently only in German). In the interests of full disclosure, it was Priest's fine work on this project that lead us to finally set up our own WCPedia experiment... 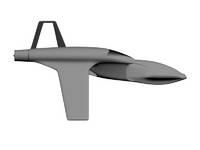 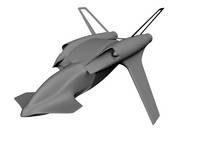 Pixel Mine Set To Explode

The ranks of development houses run by former Wing Commander developers are swelling! Pixel Mine Productions is the latest on the scene, promising to change how video games are developed and released. Wing Commander shows up in the first paragraph of their press release:

AUSTIN, TX, AUGUST 22– Pixel Mine, Inc. announced today the formation of a new game development studio with a mission to reinvent the game development and publishing business model. The founders of Pixel Mine, who have been contributors to hit titles such as the Ultima and Wing Commander series, Deus Ex, and Medal of Honor, are bringing a new approach to game development with innovative short play titles that focus on community and maintaining high production values.