The Standoff team is experimenting with new sharper starfield backgrounds for the Episode 4 release. These shots below are just preliminary, but they already look great. Eder explains the technical aspects of it below. 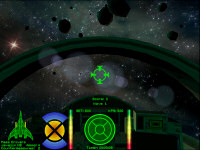 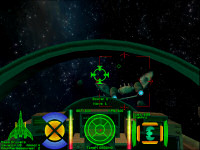 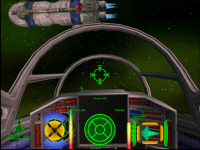 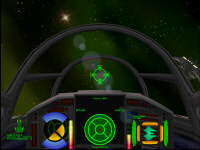 We are experimenting with the high-res cube-mapped nebula feature that Pedro showed in his video as a way to display better starfields. It lets us have thousands of stars, of varying sizes and brightness, that scale better between different resolutions... instead of a handful of tiny grey or orange blocky pixel-stars like in original WCP.

While the original starfields were single pixels (or small blocks) randomly scattered over space that we had no control on, the new starfields are texture maps, so we can do anything we want to them - the only limit now is the talent of this humble modder.

If you look very closely at the new shots, there are very subtle glows around the brighter stars, as well as a very subtle color variation between them. I did try to keep it as generic as possible so that we could make the same starfield fit all the different nebula / lighting colors in every system, that's why these features are barely noticeable.

Zerg Rush / Paladin's On Our Side

Chris (not Reid) has found an interesting article at 1Up: a StarCraft II preview which compares the game to Wing Commander III! In fact, it's subtitled "Single-player campaign = Wing Commander?":

The big departure from StarCraft is that story won't be doled out only in cut-scenes and through in-game conversations. Instead, in between missions, you'll get to control Jim on board the battle cruiser Hyperion, interacting with different elements of the ship and chatting with shipmates in role-playing-game style conversations with branching dialogue trees. The way you navigate the ship (click on a control panel, point of interest, or character milling about the deck) is reminiscent of a modern-day Wing Commander III or IV, only minus Mark Hamill and giant kitty puppets.

You can read the whole thing here.