Today is Brandon "ace" Strevell's birthday! From my earliest days on the internet, ace's friendship has been a constant - I can remember thousands of nights at Origin's Wing Commander Chat Zone, on IRC and then later in person. He's without question one of the finest men I've ever known. You may not see his name in lights every day, but he's been a CIC staff member since day one - and he's talked me down off more than a few ledges. On behalf of all of us here at the CIC (and surely the Wing Commander community in general), happy birthday! 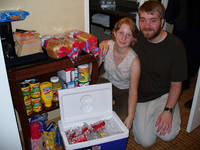 It's LOAF versus the world, tonight on pay-per-view! This evening at 11 PM EST I'll be facing off against fifteen Xbox 360 news sites to try and earn some cool prizes for Wing Commander fans! The tournament will involve multiple free-for-alls and culminate in a Bearpit match between the two luckiest survivors. The event will be broadcast live via GamerTagRadio Vision, which you can access here. Be sure to stop in #WingNut to wish me luck or to catch me for a few rounds of Arena today as I practice!

I can't promise you anything, but I will try - I've been training since the game came out, and I've earned all twelve achievements and learned more than a few neat tricks. I'm sure my opponents are similarly fearsome, though! You can read about the prizes here and the battle setup here. I feel like Blair getting ready to fight Flash... 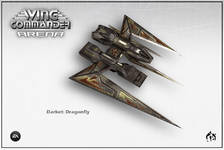 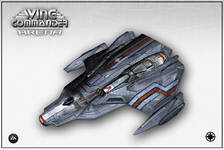 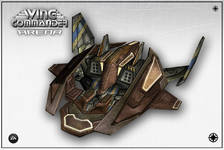 Which ship should I choose? Speed, well-roundedness or sheer firepower? Feel free to make suggestions!

Thanks to Wing Commander Arena, there are quite a few new people who've filtered in over the last few weeks. WC fans, new and old, who are just getting started at the CIC have a lot of material to get acquainted with. One of these items is Wing Commander Academy. The WCA television show is an exciting part of the franchise that we have available to download in its entirety. All thirteen episodes are available in DivX format. Download the codec here or use something like VLC Player to watch the files. Once you've tried out a few episodes, also check out the interesting background information on the show below.