Xbox 360 Fanboy recently ran a report about the Wing Commander Arena manual release... and ended it with an interesting hint. It sounds like they've got some kind of surprise in store for us:

Also, we want to dangle a metaphorical carrot in front of your face by saying that we have some exciting news surround Wing Commander Arena in the weeks to come. It's a small surprise, but a surprise that is exciting nonetheless. Anyway, that's all we are saying, so stay tuned.

A Wing Commander Arena surprise? Sounds more like a metaphorical Twix than a carrot! This should be a lot of fun - who knows what could show up? We'll have to keep watching their news page!

... and this just in! The very same site has published another update with eleven new Arena screenshots and an informal confirmation from EA that the game is indeed coming on 7/25! Hurray! They're still promising a surprise, too! 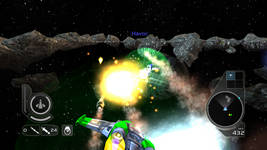 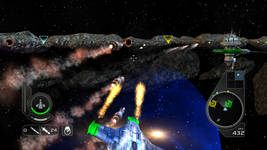 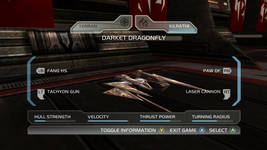 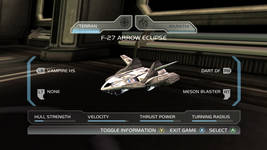 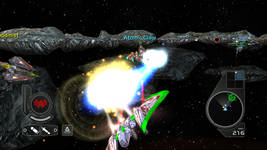 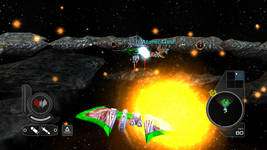 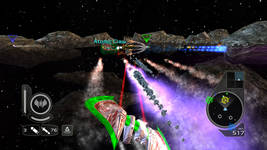 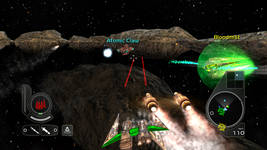 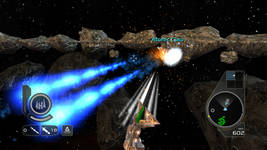 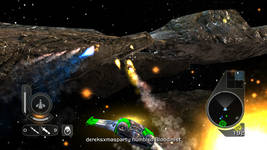 We've Got It Mead

Are you stuck on the wrong coast this convention season? Never fear - there's Wing Commander-related a reason to visit the massive San Diego Comic Con! Artist Syd Mead, the man who designed the Nephilim for Wing Commander Prophecy, will be presenting a panel on his career as part of efforts to promote the upcoming new edition of Blade Runner. If this is the same presentation he gave at Dragon*Con several years back then it includes a little talk about WCP and some giant colored slides of the Kraken and Moray. His panel will be this Thursday at 1:30. Here's the description:

Blade Runner and More— Syd Mead will be on hand in person to recall his experiences while working on the motion picture Blade Runner and to introduce his newest DVD release: Visual Futurist: The Art & Life of Syd Mead. The DVD takes the viewer behind the scenes and beyond the images he created for this film as well as Tron, Star Trek: The Motion Picture, private 747s, games, yachts, cars, and a seemingly endless list of major design projects around the world. Syd looks forward to entertaining questions and providing his unique perspective on topics of design for the film industry. Room 6B

If anyone's going to Comic-Con, we'd love a report!