Good news, rocket-fans - IGN is reporting that Electronic Arts plans to release more musical tracks for Boom Boom Rocket. The exact price and release date for the addon aren't known yet, but the plans are official:

Exactly what styles of music we can expect still remains to be seen, plus Bizarre hasn't announced a release date for the download pack as yet. However, there will five five new tracks and add-on pack is already shaping up nicely. "The audio is written, recorded and in the game, and right now the team are working on camera positioning and firework layout", explained Bizarre's Ben Ward. "It's actually a really in-depth job making the firework patterns all match up and play well, and we have a dedicated person at Bizarre doing exactly that right now."

DLC has traversed a rocky road to acceptance in recent months, with all indications being that the concept is coming into its own. EA's acceptance in this particular case is especially good news for Wing Commander fans... because it means that similar content could well be in the works for their second Xbox Live Arcade title - Wing Commander Arena. The options are endless... new weapons, new maps, new modes or even new fighters could be sold for a reasonable additional cost. Such a release would be especially appropriate since the original Wing Commander's "Secret Missions" disks essentially created the original market for game addons in the 1990s. 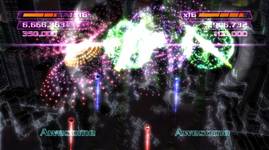 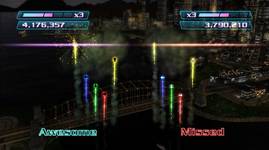 Edge Magazine has published an article on "The 100 Best Video Games", and Wing Commander... isn't on it. This isn't entirely a surprise - the general list seems very console-centered and the British press has never been especially fond of Wing Commander... nevertheless, PC World has posted an editorial which includes a 'spur of the moment' Top Ten list. Origin titles take a grand total of three slots, with Wing Commander at #5: