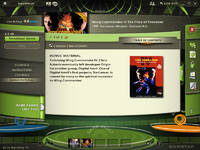 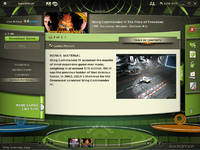 In honor of Independence Day (and especially apropos given todays major news), GameDaily has written an article discussing games that involve "the never-ending struggle for freedom". Their eclectic selection includes Oddworld, Tony Hawk's Underground and, of course, Wing Commander IV:

Wing Commander IV: The Price of Freedom
With the Kilrathi thoroughly defeated in the previous game, earth had no more enemies to fear. What remained was the task of establishing and maintaining a sense of social and economic security. But like a scene from A Few Good Men, some people overstep the line in their quest to ensure freedom, like mass murdering civilian refugees and blaming the act on Border World colonists. Made for a whopping $12 million, a then unheard of budget for a video game, Wing Commander IV features a slew of notable acting talent, including the Jedi himself, Mark Hammill. While most other games focused on the fight for freedom, WC4 illustrates that what humanity does after winning the fight can be just as important.