Just One Word Off...

No news is good news, and this is no exception: XBLArcade reports that the Xbox Live Arcade release for Wednesday, July 4th will be... Missile Command. There wasn't really much chance that a major release like Wing Commander Arena would occur on a major US holiday, but we still held out hope. Those interested can pick up Missile Command, an update of the classic arcade game, for only 400 MSPoints ($5). All that missile commanding looks like fun, but I'd rather be in command of a wing... armed with missiles! For all of our sakes, I hope I don't have to make any more of these jokes -- we'll find out when the July 11th game is announced! 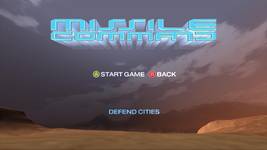 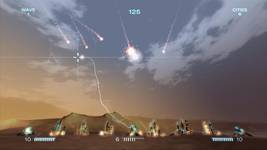 I bet you're thinking to yourself: what did Origin founder Richard Garriott spend last month doing? The answer is: he was conducting interview after interview about his new MMPORPG game, Tabula Rasa. Want to know what Lord British thinks about the state of modern gaming? Want to know how Tabula Rasa is going to change the way we think about massively multiplayer games? Then you should check out some of these exciting interviews:

And the game itself? Boy, what a difference four years and another development team makes! As you can see from the before (left) and after (right) pictures, Tabula Rasa has won back our hearts... well, if not our hearts then certainly parts beyond: