Xbox 360 Achievements has posted the Achievement graphics for Wing Commander Arena! You can find them here. For those unfamiliar with the Xbox 360, achievements are electronic 'badges' won for completing various feats in a game - similar to the medals in the original Wing Commander. The Arena achievements themselves had already been published, but the badge graphics themselves are all new. They're fantastic, full of old school Wing Commander references... check out the medals and the familiar Kilrathi symbols! This is also another strong suggestion that Arena's release is imminent - with some exceptions, achievement graphics generally appear mere days before a game is launched. 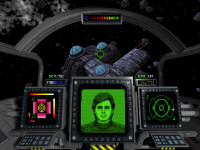 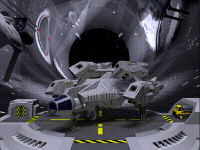 Electronics Arts has announced that it is restructuring into four primary business units. EA Sports, EA Games, EA Casual Entertainment and The Sims will be the main brands that games are published within. EA Sports and EA Games have existed for the last several years, but they seem to have absorbed EA Sports BIG. EA Casual Entertainment and The Sims appear to have originated as the semiautonomous Pogo and Maxis groups. In addition to online board/puzzle games and cell phone titles, Casual Entertainment will include brands like Harry Potter, and the Maxis game Spore will wind up being released under the EA Games name. EA Sports & The Sims are fairly straightforward, and most others - including titles like Command & Conquer, Battlefield or Wing Commander - should come with an EA Games logo.

EA has also announced that its executive vice president of international studios, David Gardner, was recently made an Officer of the Order of the British Empire (OBE) by Queen Elizabeth. Mr. Gardener was involved in increasing the company's European revenue to more than $1 billion and building its UK staffing levels up to more than a thousand people.