Break On Through To The Other System

Tolwyn has updated his previous release of Wing Commander Saga jump cutscene footage with an actual video. You can download a short clip showing a jump to the Cairo System here (8.04 MB XviD) The Prophecy-style unique system backgrounds look nice, but the jump point itself could use some work... it lacks the distinctive swirl-and-flash of the original and is purple for some reason. 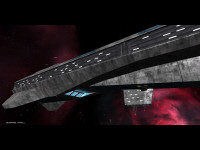 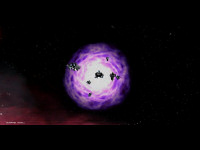 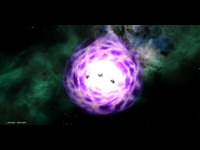 Comparing things to Wing Commander is still cool! The proof is in the legitimate electronic gaming media:

Command & Conquer 3, PALGN Review: "Not since Wing Commander 3 / 4 have we seen such an A-list of actors involved in a computer game. Actually, probably not even then, unless you count Ginger Lynn."

Star Wars: Empire At War, Inside Mac Games Review: "While I understand everyone who is allowed to make a Star Wars game wants to contribute in their own way to the universe, in many cases, sticking to a more tried and true plot, rather than some bizarre internal Empire storyline, is a strange decision. The same story as the Rebellion’s would have worked better, with branches for success or failure, much like the old Wing Commander mission branches. "

Undertow, GameGuru Preview: "Undertow will use Epic Game Unreal Engine 3 and is the second confirmed 16-player game for the XBLA after Wing Commander Arena."