Here's a quick addition for tonight: Gamers Hell has posted the official press release for the GameTap release of Wing Commander (available here):

Wing Commander: Electronic Arts’ sci-fi strategy game enlists players in an outer space aerial war to defend Earth from the marauding Kilrathi race. Wing Commander was a revolutionary game when it was released, blazing trails in the realms of 3D gaming, cinematic storytelling and the popularization of sound cards and game soundtracks, so check out the game that started it all!

Warlords Battlecry III: This real time strategy game from Enlight Interactive Inc. further expands the Battlecry tradition of featuring persistent RPG-like fantasy heroes with its retinue of loyal followers fighting massive battles in the Warlords' world of Etheria. As a true sequel to Warlords Battlecry I & II - both of which are also available on GameTap - it features many familiar races and troop-types, while also adding new ones into the mix.

Bug!: Originally appearing on GameTap last week in the form of an “Easter Egg,” this SEGA action title ushers in GameTap’s latest console – the SEGA Saturn. Bug is a big movie star whose film set friends are kidnapped, so he’s off to save the day in a hopping-and-bopping platform-jumping adventure. With some of the greatest Saturn titles on the horizon, this is big news for fans of classic console gaming.

Doki Doki Penguin Land: GameTap unveils SEGA’s Doki Doki Penguin Land, its latest addition to its library of games for the rare SG-1000 Japanese-only 8-bit console. As a penguin in the harsh arctic wasteland, it's your job to outsmart the burly polar bears and roll your egg to the safety of your underground home.

ThinkTanks: GarageGames’ ThinkTanks is a fast-paced tank combat game where only the smartest tanks survive in a deadly arena. The backstory is that the Terranians have been harvesting human brains and popping them into armored vehicles, all to create a game show where these captive Think Tanks do battle for the amusement of wicked alien overlords. You're one of the Think Tanks, but you've escaped! Now it's up to you to free your fellow brains and destroy the enemy.

In addition to 850+ games, GameTap provides subscribers with unlimited access to more than 600 original TV shows and videos that cater to fans of the video game lifestyle.

To register for GameTap, visit www.gametap.com where your first month of service is only 99¢. 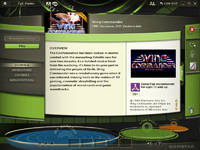 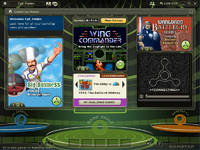 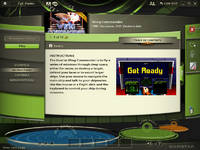 It also looks like Electronic Arts has also officially launched their EA Arcade website... news stories have been slowly popping up at sites like Gaming Nexus and Gaming Bits. This is good news for those of us impatiently reloading the site for more information about Wing Commander Arena.

Be sure and head over to their Wing Commander Arena forum -- posting there will help EA see how much interest there is in Wing Commander... as well as show them that WingNuts are the best fans in the world! 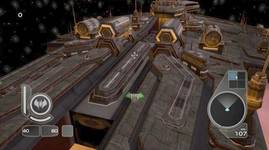 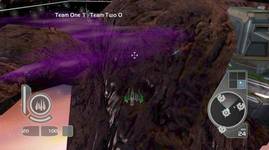 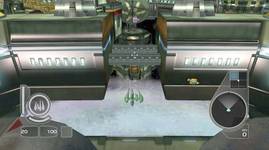