Music To Kill, Race and Football To

Electronic Arts today launched EATrax, a major partnership with iTunes to provide a large volume of music from EA games "past and present". The "past" doesn't quite encompass Wing Commander - yet -... but with Wing Commander Arena in the works, it's something we might see in the future! The amount of work implied in the press release is impressive:

The best in videogame music is now global, mobile and portable. Electronic Arts Inc., (NASDAQ: ERTS) announced that starting today the chart-busting music from its best-selling games will be available for purchase from the iTunes Store via ea.com. Game players and music lovers worldwide can visit www.ea.com/eatrax/ and jump directly to an iMix of the music from their favorite EA(TM) game on iTunes. From Madden NFL to Burnout(TM) to Need for Speed(TM), every song that can be heard in the game can now be purchased on iTunes including exclusive mixes, non-album cuts and previously unavailable international tracks.

Maxi de Sokar has sent us a review of Wing Commander II from the French magazine PC Review. The game featured in a four page spread in the November 1991 issue of the magazine, and managed to reach a score of 7 out of 10. The article appears to also mention alternatives to WC2 including the original WC, Elite, Stellar 7, and for some reason Heart of China. They also seem confused about which currency to use, citing a price of £39.99 for the game, plus 149,90 francs for the speech pack. 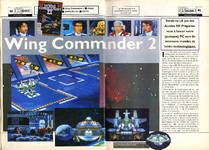 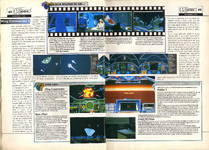