In related news, meisdavidp reports that space sims X2 The Threat and X3 Reunion have been added to the Steam online content delivery service. Both games seemed to do relatively well in the struggling space sim market, and this should give them a nice boost in sales. The games are available for very cheap prices, and this highly visible exposure will hopefully give some traditionally non-simming gamers a great opportunity to get into the genre. For the next few days, the games are also offered at a 10% discount. And as an added bonus, X3 on Steam even ditches the controversial Starforce copy protection which has been in the news this year.

The space game X3: Reunion and its predecessor X2: The Threat are now available via Steam. Regularly $19.95 and $14.95 respectively, they are being offered with an additional 10% discount during their first week of release. Both feature lush graphics and have been called the best in class by several publications. 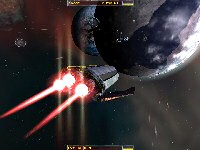 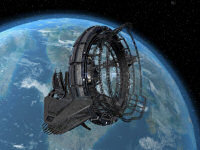 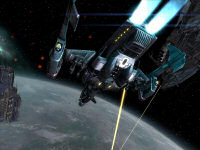