Major Striker has created another animation using his favorite Raptor model. This time a mean old Krant also makes an appearance, but this actually isn't the first time these two foes have met. The two fighters battle to the death in explosive combat. After all the laser blasts and missile trails have cleared the sky, which one is left standing? You'll have to watch the video to find out. The exciting background music track was created by Felagund. Check out the 33 meg wmv here. Dialup users can try the 7 meg lower quality clip. 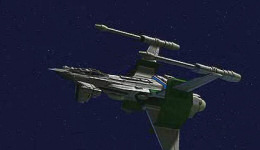 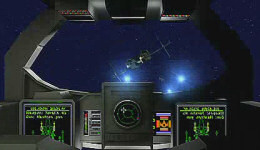 Planes Of The Future On Display

This past week Farnborough in Hampshire, UK has played host to an international air show displaying the finest creations of aviation. There was also a small section of the show dedicated to developments in space technology including a Vulcain II engine from an Ariane launcher, a full scale Eurostar 3000 satellite model, and the European Space Agency's Mars rover (pictured below). Of course the stars of the show were the planes, with the Airbus A380 being the star attraction. The world's largest passenger plane took part in the air display, requiring an incredibly long section of runway to get in the air.

However the most impressive plane in the display in my opinion was Boeing's V-22 Osprey (third picture below). The Osprey is capable of rotating its propellers through 90 degrees allowing it to function as both a regular plane and a helicopter. It displayed impressive speed and agility so it should prove invaluable once it begins active service. More photos of these and the dozens of other aircraft on display are available here. 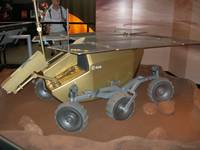 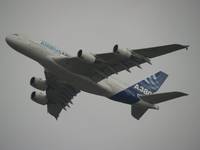 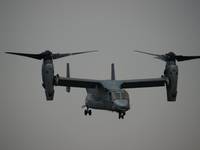