BrynS has compiled a neat gameplay video of a simulated mission in the WC4 Homeworld 2 mod. It details a thirteen minute skirmish between Confederation forces and and their unfortunate targets. Massive numbers of both fighters and capital ships participate in this exciting fleet engagement. Border Worlds and Black Lance factions are planned for the full release, and a few of their ships appear in today's preview. High and Low quality versions of the full video are available in 110 and 42 megabyte flavors. A quick 30 second 5 meg teaser is also available. The action is very intense and should help people get a feel for the game beyond what all the basic screenshots have done. 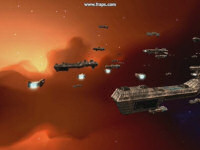 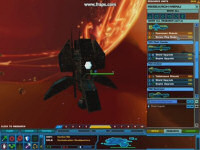 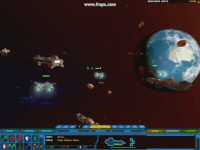 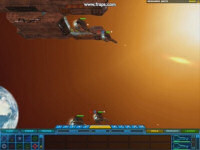 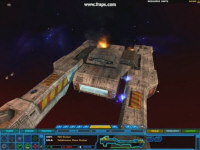 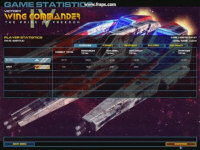 Danish gaming site BoomTown has posted another review of DarkStar One... and, as is to be expected, the games toughest competition comes from the inevitable comparison to Privateer:

Certainly the X games have failed to be the new Elite, while fun, their complexity ignores the relative simplicity at the heart of Elite. For me the closest game to capture the joy of Elite was Microsoft's Privateer... Compared to Privateer the atmosphere is lacking somewhat. Oh sure there's plenty of traffic around the trading stations and the like, but it feels rather artificial. There's no sense the planets are involved in the space economy, no sense of traffic between the surface and orbit and no chance to go down to the planets as one did in Freelancer.

That's right -- Microsoft's Privateer. Something is rotten in the state of Denmark! 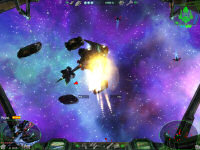 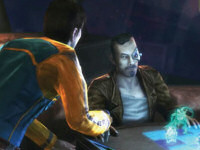 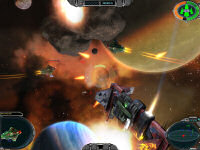 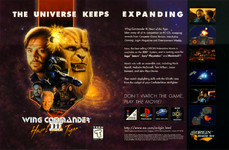