Back in the early '90s, Origin fans could look forward to advertisements, previews and special features on their favorite games in almost every issue of Computer Gaming World. Last week we posted some lost artwork that was revealed in the magazine, and even a Joan's Supplement made it out in 1991. Today we have three really cool Wing Commander advertisements from the CGW back page thanks to Alkarion.

Armada's artwork features the familiar Arrow, but only in this scene do they face off against a trio of heavy Gorans. Placeholder text seems to exist instead of mine, shipyard and fortress images, and the final look of the strategic map was tweaked slightly before release. Academy's sheet also has some temporary art in the form of a Morningstar schematic on the Wraith's left VDU. The Wingmen are also different from what made it to the final game. Rusty, Dingo, Gauntlet and Harridan were eventually replaced by Maniac, Hobbes, Angel and Lightspeed. The primary fighter pictured is the Dralthi VII, which also made it to the game's box art, but not the game itself. Privateer's ad also focuses on the box art with a set of mostly final screenshots. The ship dealer screen seems to be selling a Plasma Gun for a mere 15,000 credits however! They all have pretty exciting taglines and text which sets the tone for each game very well. Be sure to check out the high res links below if you really want to see the minute details.

Wing Commander Armada: The life of a seasoned starfighter pilot isn't all glory and adventure. After years of following orders and losing ships and friends, you are finally the sole commander of the fleet, responsible for heading up a final strike against your enemy's homeland - either the Empire of Kilrah or the confederation.

Wing Commander Academy: Relentless Space Combat - For Naive Rookies or Hardened Vets. As a student at the TCSN Academy, you custom-design and fly unique combat, rescue, and search and retrieval missions from the CyberSchool's holodeck console. In the Wing Commander tradition, the game features a dynamic musical score, improved rendered, bit-mapped graphics, and a dazzling array of customizing options. But Wing Commander Academy isn't another cinematic extravaganza - it's an intense dogfighting marathon.

Wing Commander Privateer: The War against the Kilrathi Rages on. To some, it means death, slavery or dishonor... To others, it's the chance to make a quick buck. Privateer - where deals are made with a handshake and broken by a volley from a meson cannon.

Classic Launch Scenes On The Ballot

Our new poll asks which famous Wing Commander takeoff sequences were your favorite. There's some real classics to choose from. Everyone remembers the dash from the briefing from in Wing Commander 1 (grab the scramble mp3 here) or Blair scrambling down stairs in Wing Commander 3. Prophecy's unique crane on rails was cool to watch, and Academy's holodeck flash was a nifty effect back in 1993. Wing Commanders 2 and 4 gave us quite a few different scrambles based on story situations, and Privateer's happy takeoff music still rings in my ears. One of the least well known, but most exotic launch scenes occurs during the robotic flight suit application process in Super Wing Commander. You can find a video of it in motion here. Check out the Mission Briefing & First Mission clip about about 2:12 in. 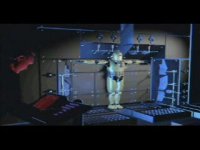 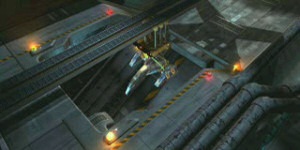 Our old poll has closed, and it turns out that people liked Wing Commander 4's cutscenes the most in the series, followed closely by Wing Commander 3. Wing Commander 2 actually managed to beat out Prophecy, and Wing Commander 1 even passed Privateer 2. It appears that live actors and real sets aren't all that matter to people.