Foxtrot realized he didn't have enough Wing Commander clothing in his wardrobe and has set out to fix that. He spent a few hours mocking up his own image and then printed it out on iron-on paper. The results are below. I think it looks pretty neat, and it's always great to see people take the time to do stuff like this. That's a great poster on the wall there too! 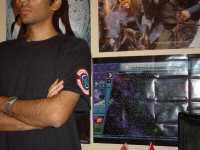 The third image is the art template used for CIC Glasses. If it's any use to anyone for similar projects, you can find it in a vectorized pdf here.

Last week we mentioned the steady growth that Eve Online has enjoyed over the last few years. In addition to launching the game in new markets, the developers behind Eve will also be releasing a new expansion pack soon. The Path To Kali will build on previous expansions by giving players the power to dramatically alter the politics of known space. Their reactions to events will reshape the universe and cause long lasting repercussions. Larger battleships, new options for technological research and additional environments to explore will round out the experience. Fans should expect Kali to roll out within the next few months, although a related factional warfare component will be held off until 2007. Eve's graphics will also receive an update, and this will serve as the test bed for an all new DirectX 10 engine upgrade to be implemented around the time of the Windows Vista launch. 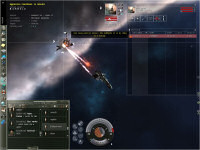 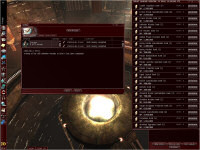 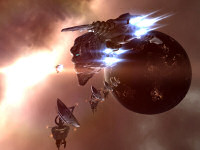 "Games either provide active content, in which the player reacts to artificial changes in the game universe, or they provide reactive content, in which the entire game universe reacts to the actions that players decide for themselves," said Magnus Bergsson, CMO of CCP Games. "CCP believes strongly that the players should be the center focus of the storyline and control the evolution of the game universe. The Path to Kali will lead EVE Online to great heights in reactive content and further establish EVE Online as the premium free-form MMOG on the market today."