To maintain some momentum with his recently announced mod, Aaron Thomas (czacen) has posted pictures of his WC4 Cruiser models in the Homeworld engine. Both Confederation and Border Worlds variants are functioning in his latest builds. The differences between the two include new paint schemes, alternate guns and unique engine details. This warship looks very imposing from certain angles, and it sounds like czacen has big plans for it. If you're a big cruiser fan, the prologue to Wing Commander False Colors features a harrowing battle between two such ships and a Kilrathi carrier. You can find this starter chapter online here. 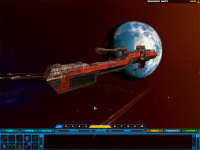 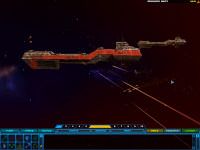 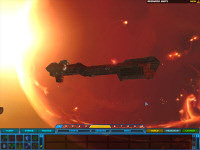 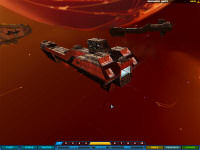 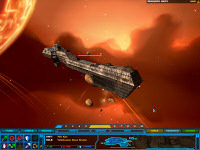 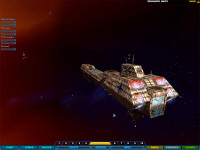 This ship is going to be the major firepower for the Confed so I'd like it to have some presence on the battlefield. Plus does anyone have any idea what that lovely head-light on the front of the cruiser is supposed to be? A sensor array or a weapon? If so I can add it to the in-game ship attributes.

Ports like that on the nose are often launchers for torpedoes or large missiles.