The G4 X-Play video game television show broadcast a skit last week that looked back at a few famous/infamous PC games that featured live-actor FMV. Their sense of humor is pretty corny and the clip isn't very serious, but a spot on this subject wouldn't be complete without Wing Commander in there somewhere. Command & Conquer also features prominently. Red Alert 2 wins the first award, and the subsequent WC footage is from Wing Commander 3. You can check out "X-Play's PC Acting Awards" under 5/31/06 Recent Videos here. This direct link might work too. If anyone knows how to save something like that, let me know. Thanks for Vance Bennet for spotting this one.

The Best Reuse of a Prop Award goes to... Wing Commander. I'm not actually sure if these are from 'Lion King the Musical', but perhaps the muppets have fallen on harder times than Mark Hamill. Either way, in the world of video games, you can't do much better. 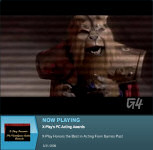 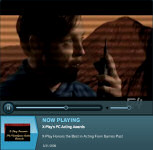 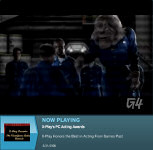 The Wing Commander series is often credited for its fantastic use of video, but we can break that down a little more and try to figure out which specific games had our favorite clips. Beyond the impressive results in the live-actor FMV titles, we've opened up the voting options to include their sibling titles. The animated sequences in WC1, WC2 and Privateer were extremely impressive for the early 1990s, and the Other exists for lesser-known, but quite exotic, cutscenes from games such as Super Wing Commander. Vote for your favorite now! 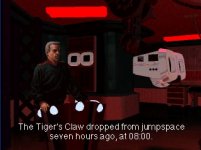 Our last poll asked about your favorite new ships in Secret Ops. We included the option for older ships that were available in the Vision Engine for the first time here, and those old favorites took the majority of the vote. The classic Excalibur fighter came away with almost 50% of the tally itself. I'd have put my bets on the Hades quick-strike cruiser. Nobody was thrown off by the Cerberus' class name, were they?