A while back, the German magazine PC Player created several promotional videos for its cover discs. These took popular PC game cutscenes and dubbed them with dialogue about the staff of the magazine. It should be no surprise that several Wing Commander pieces were made. TomGaines has collected clips that were done for Wing Commander 3, 4 and Prophecy. He's even improved the video quality with his own source material and added English subtitles. I think the Prophecy one is the best. You can grab all three divx files in a zip here. 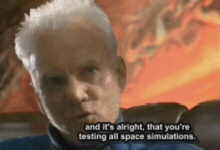 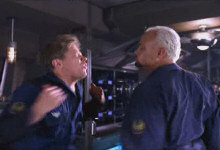 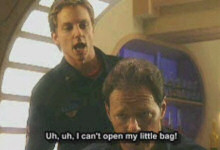 Get Behind Wing Commander Academy

It's a holiday weekend, so activity may be slow on the Wing Commander front... so what better way to keep the flame alive than to download and watch the Wing Commander Academy animated series? Use the links below to access high quality DivX versions of all thirteen episodes, plus the other three episodes in the 'Warrior King' crossover!

Interested in learning more about the series? We've collected some neat resources over the years! A HTML version of the series press kit is available online here. Scans of some of the series' background art pieces can be found in our archive here, compared next to screenshots from the finished show. You can read more about the Warrior King in this article... and about several different orders in which to watch the show here. You can also find entries about all the show's fighters and capital ships in our archive here. The Origin Museum also has an excellent collection of scanned Academy material, including the original series bible, an episode outline and an episode script which are available here.