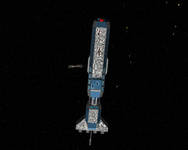 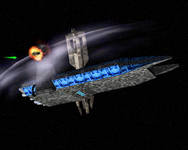 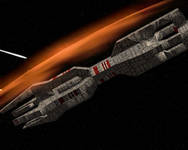 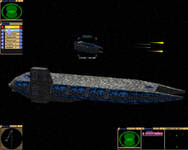 Didn't We Already Cover This?

IGN wasn't the only one to interview Origin's Bryan Walker at E3 this month. Planet Gamecube spoke with Retro Studios and Nintendo about Metroid Prime 3: Corruption. Metroid is one of the highly anticipated launch titles for the Nintendo Wii.

PGC: Do you fly the ship, since there are multiple planets this time around? Do you have any kind of shooting stages or anything like that?

Pacini: Samus doesn't directly fly her ship. You do go to different planets with your ship, but you don't have direct flight control over it. However, we are using the ship for gameplay as a tool for Samus. She has a new visor called the Command Visor, which will allow Samus from the third-person to control her ship remotely. So you can call it in to do air strikes, you can have it come in and lift large things out of your way or move them around in the environment, as well as use it as a platform, things like that. It's another tool, a unique way to use the ship rather than just fly it around, diluting the gameplay.

Walker: We wanted to offer the ship in a format that was relevant to the Metroid experience, not as a tacked-on, watered-down Wing Commander.

The wording in their answer here is curiously similar to how the response was phrased in this interview. Whatever the reasoning behind that is, it means twice as much face-time for Wing Commander in the press. Thanks to Vance Bennett.