Nobody knows made up holidays like WingNuts know made up holidays... and now you have to pick from seven of our favorites. Which Wing Commander-created holiday do you take off work for? Did all that time in a Dralthi II turn you on to the Cult of Sivar... or do you set off fireworks every August 23rd to celebrate the founding of the Confederation? Here's the low-down on each:

V-K Day (September 24th) is the anniversary of the Terran Confederation's victory over the Empire of Kilrah. The events of the day, Col. Blair's famous raid, took place in Wing Commander III: Heart of the Tiger... but the holiday itself was not named until False Colors. V-K Day is patterned after the Allied victories in World War II: VE Day and VJ Day (for Victory in Europe and Victory in Japan respectively).

The Sivar-Eshrad Ceremony (October 20th) is the most sacred Kilrathi religious ceremony, in which all Sons of Kilrah who are able must report to the site of Holy Dedication chosen by the Priestess' of Sivar to sing the praises of Lord Sivar by offering sacrifices in battle. If the ceremony is performed properly the War God will favor the Warriors of Kilrah in battle for the next year. If not, they are doomed to be defeated by their enemies until they can atone for their failure. The Way of Lord Sivar may not be observed by non-believers. The Sivar-Eshrad Ceremony was introduced in Secret Missions 2: Crusade and has played a major part in Kilrathi mythos in many other stories.

Barbie is a holiday in Privateer 2's Tri-System where... well, the in-game news report says it best: "Hot Digger-ty Dog! Antipodean authority Professor Norm Packer reports. G'day folks, it's beaut here on Hephaestus as we celebrate the mythical annual festival of Barbie, the roots of which are lost in the mists of time. All the members of the Crian University Oztralian research group are here, following the Barbie ritual to the letter, as laid down in the legendary vid-flick Gone Walkabout and Back. We've been knocking back plenty of the amber nectar all day long, which the Sheilas have been busy putting the meat to the heat; so far they're torched a good hundred tonnes of tucker, and all that's been edible so far are three measly shrimps. So, we've blown all the Livestock, and we're down to our last few tinnies - how much can a Koala bear!"

The Holy Day of Acclivity (March 23rd) is the Pilgrim holiday commemorating the ascension of Ivar Chu McDaniel into a higher form of being in 2311. For the seven days following, the current Protur goes into hiding on McDaniel's World, where he prays and fasts to seek communion with Ivar Chu McDaniel. The Holy Day of Acclivity was introduced in Pilgrim Stars, where Captain Aristee uses the holiday as an excuse to replace the current Protur with someone who will support her radical war plan.

Tuhaga is the anniversary of the founding of the Empire of Kilrah. It is mentioned briefly in Action Stations.

... and here are the results from the last poll, which asked for a favorite Wing Commander Academy episode. Chain of Command, which added backstory to both Tolwyn and the Confederation fleet, won hands down with 170 votes. The series finale, Glory of Sivar, came in a close second with 151. The loser was the odd crossover story Recreation, which ended with only 9. Who loves you, Warrior King? 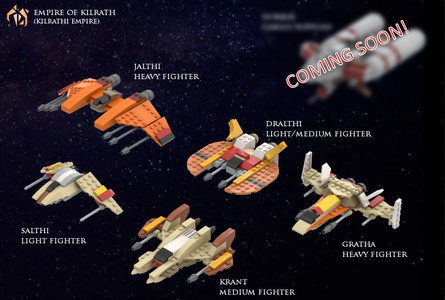