For The Glory Of Sivar

...and twelve other episodes too! February is a short month, so Kris tells me that we need to use up some spare bandwidth. The lack of votes for the Achilles in this week's poll makes me think some people might need a Wing Commander Academy refresher. We've picked up a few hundred new friends since the last time we mentioned the series, so this is also a great opportunity for them to dig in. Smaller versions of each episode are available for users who are still on dialup. Don't forget that the episodes originally aired out of chronological order. Check out our viewing guide to choose the best way to view them.

"Qetzlcoatl" Bulavsky tipped us off about another Russian space combat sim being published by Akella. Chronicles of Tarra: Spectres of the Stars is currently in development by Quazar Studios with an estimated 2007 release date. Although information on the game is currently only available in Russian, the game seems to center around an allied flagship that becomes stranded in enemy territory while searching for traces of an ancient race. As an elite pilot aboard the ship, you must work with wingmen who provide useful assistance and helpful advice on how to defeat your opponents and return home. Between missions you have the ability to customize your ship with over 150 different components.

Friendly pilots are not heartless extras, but independent personalities, each of whom possesses their own approach to life and battle. Only by assuming the role of command and managing your wingmates will you reach your full potential. 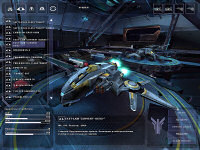 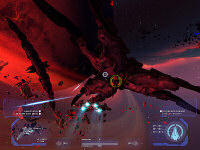 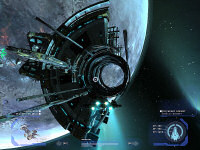