Check Out The Snazzy Academy Jacket

The CIC's latest acquisition is a stylish crew jacket given to each member of the Wing Commander Academy production team. This one apparently belonged to someone with the callsign "Cleavage." Carhartt is the original manufacturer of the base coat, and the embroidered logo on the back is very sharp and detailed. It's beautiful enough to frame and display on its own. If the design doesn't look familiar, you can get acquainted with the Academy series here. 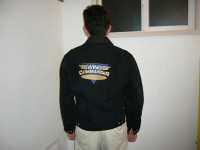 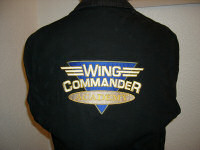 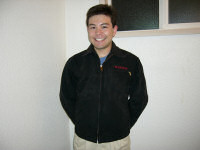 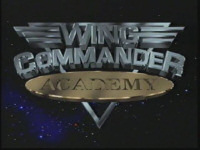 There's a new online Wing Commander RPG on the scene with forum members MajorCamKollent and powell99 at the helm. All of the action will take place at their own forum with "special operations" taking place on IRC. The RPG is just starting out, so it's in need of some members. New features are being rolled out and implemented right now. If you'd like to take part, you can join by signing up for their forum and posting a bio for your character.

The TCS Saratoga starts off with the Battle of Earth (that's where we are now). The campaign will go on until the war ends and into peace time. The Saratoga is the only Fleet Carrier other than the Concordia that survives the battle. The goal of the project is to provide a large fighter RPG that stays as true to Wing Commander as humanly possible. As of now we only have a Sabre squadron. When the player base grows, we will expand the RPG to fit these needs. While we certainly don't expect 90+ members to start, we chose a Concordia Class ship so we have the ability to accommodate plenty of people. For certain special operations, the Saratoga will use an IRC channel. We hope toalso have the ship's marines play a role in the overall story.