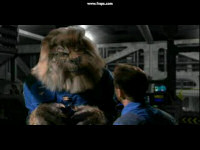 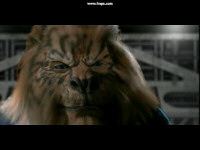 With the pending release of the movie adaptation of Doom this weekend, the tired old video game based movies subject has once again bubbled to the surface. This article found by Fatcat is the latest to scrutinize Wing Commander's financial numbers, but manages to only scratch the surface. It carefully avoids mentioning the income from non-US box office totals, DVD sales and other factors that determine the success of a movie.

In fact, every movie that has been made from a video game has been an exercise in cultural lobotomization.

The problem rests in its very premise. It's trying to assign a story line to something that has none. It's choosing something popular that has a built-in audience - a coveted demographic, teenage boys - and giving it a narrative form.

While it can be said that many movies based on games don't have much of an existing plot to work from, that certainly can't be said for Wing Commander. Sadly this article probably won't be the last one to jump on the "video games based movies suck" bandwagon, particularly with Uwe Boll still hard at work.