In the Wing Commander Academy section we have the contents of the press kit initially created for the animated Wing Commander television show. There are interesting production notes, historical files, character biographies and more. We've just added the text of a previously unlisted press release that was posted to the Origin website in May 1996. You can find the full article here. It's unfortunate that the USA Network revamped their take on cartoons after Academy's first season, but the shows we did get were very ambitious and well done. You can download all thirteen episodes of Wing Commander Academy here.

"There is a very broad audience for the vision being realized through the marriage of the Wing Commander PC game and the new animated series," said Fisher. "Jeff Segal, former Universal Cartoon Studios president, had the creative foresight to originally develop Wing Commander Academy with Electronic Arts, and we're very proud the project continues Universal Cartoon Studios' overall commitment to produce high-quality, story-driven animation for the marketplace."

Adds Electronic Arts Chairman and CEO Larry Probst, "We have long believed the best-selling Wing Commander franchise was the perfect vehicle to move our compelling interactive content to a broader entertainment medium."

The official Wing Commander CIC DragonCon 2005 Webcam is now in operation. It's been upgraded this year with a higher resolution video feed. We spend a lot of time out of the hotel room going on various convention adventures, but lucky watchers will catch a few hilarious moments live as they occur. If you see a funny image, feel free to save it, click Discuss below and attach it to the Crius thread for this news update. Periodically the hotel internet will cut out and the camera image will stop updating, but you can check out the latest Webcam image here. 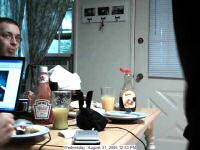 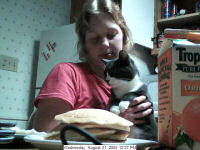 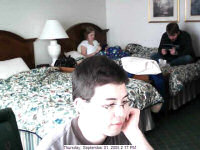