Howard Day finished up his Salthi model this morning, so it's now ready for aspiring modelers and animators to play around with. The artists don't have to be the only ones to have fun though, since we've also got an updated movie of the Salthi punching in afterburners. The camera takes a nice jolt as the burners kick in. The model file itself requires MAX 6 and the f-edge plugin which available for free 15 day trail here. The model files for his Dralthi and Hornet are also available here. 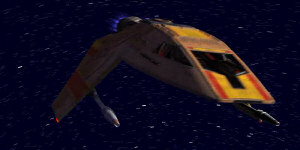 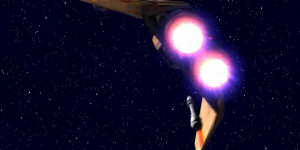 Heather Stephens In The Spotlight

Justin Egan caught Heather Stephens in last Sunday's episode of Desperate Housewives. It's her second time on the show. Although she has been away from games and movies for some years, Stephens has had several other television appearances on shows such as Without a Trace, Angel and Las Vegas. In the earlier episode of Desperate Housewives, she was also featuring a designer Belle Gray outfit. It appears her next project might be the US adaptation of 20 Things To Do Before You're 30 in the fall. 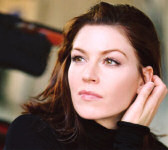 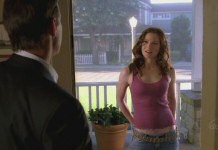 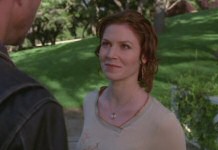