Signs of the Times

AD has found a few interesting pieces of signage while scouring the Wing Commander movie. These posters decorated Blair's quarters and the Tiger's Claw's rec room in several scenes, and they range from cool references to just plain bizarre images.

The woman in the red swimsuit is a cool reference to the famous poster which appeared in the original Wing Commander's barracks (here). The man with a tiger for a head is... just plain strange -- but it is unlikely proof that there are tiger-looking Kilrathi in the movie! The 'movie star' picture is another original game reference -- it's signed by holovid star Saranya Carr, originally from the back page of Claw Marks.

Unfortunately, they haven't shown up in anyone's collection since the movie was made -- I think we'd all love to see more detail! 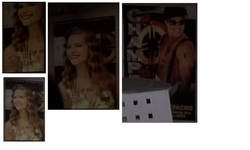 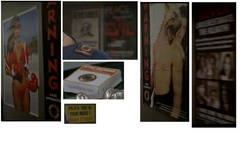 Kaarlo recently sent the Wing Commander 4 Origin logo intro to us, and it arrived in a format ready for play on the PSP. I've heard of a few more Wing Commander fans picking up the device, and here's a small little file that will fit on the memory cards included with the system. Unzip this file into the MP_Root\100MNV01 folder on the memory card and it'll appear in your movies menu. The clip is one megabyte, and anyone who can play mpeg4 video files on their computer can grab it as well. Rather than provide mp4 formatted clips for separate download in the future, if there's interest we can provide a short tutorial for encoding video clips. Academy Episodes are great for viewing on the go. 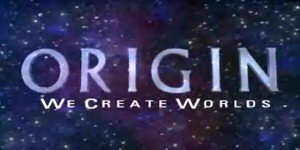