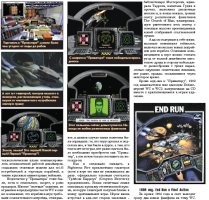 After our recent Super Wing Commander Review, a number of people noticed that our Macintosh SWC files were missing. A technical glitch sent them missing shortly after the CIC opened, and we'd like to recover them. If anyone has swcdemo.sit, swcppc.sea, swcfat.sea or swc68k.sea, feel free to send us a message.