Cyberion's been helping out with the Wing Commander Universe project. His latest creation is a stunning model of the trusty Confed shuttle. A small movie file (483 kB) showing the model in rotation can be downloaded here. 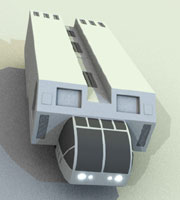 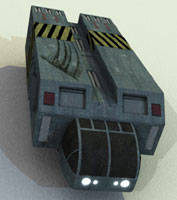 The 3D model (777 kB) is available to the general public and can be downloaded here.

Aside from being famous for being Colonel Blair and that Skywalker guy, Mark Hamill is a well known voice actor with 29 of his 45 post-Prophecy credits being voice credits. Even just for Wing Commander projects he voiced Blair in the WC Academy cartoon and the Rapier's computer Merlin in the WC movie. His latest project is no different as this update on Robotech.com announces that Hamill has joined the cast of the Robotech: The Shadow Chronicles cartoon. For those not in the know, Robotech is a long running anime series consisting of three separate series (Macross, Southern Cross, and Mospeada) combined. The Shadow Chronicles is a brand new series in the Macross universe being produced in the US. Hamill will be a voicing a currently unknown character for the series which is due to start airing before the end of the year. 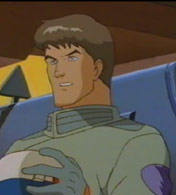 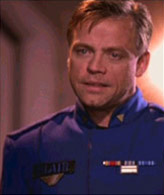