The dates and venue for the Classic Gaming Expo 2005 have been announced. I've never been to the actual exposition, which is now in its eighth year, but I attended a sampling expo they conducted in Los Angeles last year. It was a tiny display compared to their full expo, but there were quite a lot of interesting things to see. It's pretty neat to see a whole aisle of different wood-paneled gaming consoles from 25 years ago. There were also classic Wing Commander products on display.

Thanks to the overwhelming response of our guests at CGE 2004, Classic Gaming Expo 2005 will return to the bay area, California on August 20th and 21st. The event will move closer to San Francisco and will be held in the convenient and exquisite Hyatt Regency in Burlingame.

I encourage Wing Commander fans in San Francisco to check it out and report back on the extent of the WC exhibition. If there isn't a notable presence, it'd be nice if someone set something up in the future. Team Fat performed at the CGE in 2003. Early registration for the event is $20. 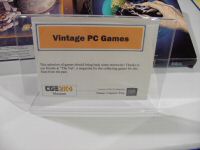 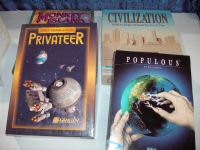