Introducing Fan RPG 'Against All Odds'

A new Wing Commander fan role playing game has spun off from the Galactic Conflict project. As the WCGC is on hold now, new members can sign up for Against All Odds at their forums. Main events take place at their primary message board, where capital ship movements and large scale events are created. Subforums handle individual characterization and interaction.

Unlike many RPG's, Wing Commander included, AAO focuses on Fleet and Capital Ship based combat, rather then the more often preferred role of a signal character. While some may believe this detracts from the chance for a person to get in character, we at AAO disagree. There are many chances for our players to get into character with Forums such as the Logbooks and Communications Forums on our boards.

If you'd like to join WCAAO it's as simple as following the link to our Forums and registering there, where our members will happily assist you in getting started with the RP.

A couple people have had some minor problems with the Wing Commander 4 DVD compatibility patch that gulikoza released last year. Our local copy was outdated, so we've upgraded to version 1.2. It's a tiny file you unzip to your Wing Commander 4 DVD's installation directory. Prior to the patch's original release, special hardware was required to play the game. Don't forget to set Windows 98 compatibility mode in XP. His research has also identified two separate builds of the game, so an optional file has been added that will help the game run if your version has problems. Patches for the VirtualProtect() error are also available. All the latest information and files can be found at gulikoza's page here. 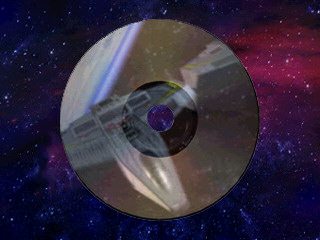