I was on the sci fi channel's Battlestar Gallactica's Ron Moore's Blog page and about halfway through the article, the interviewer asks the creator/reviver of the series about the Cylon fighters that look exactly like Dralthis and was there an Wing Commander influence... which I had obviously picked up the similarity while watching the show. Apparently they have some ex-Wing Commander production team members on their set (maybe they subconsciously copped the design?).

You can find the full interview under Ron Moore's January 30 entry here. 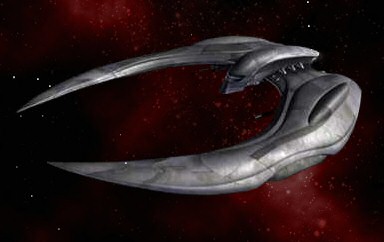