The Wing Commander Saga people have provided us with this render of everyone's favorite general-purpose fighter, the Hellcat V! 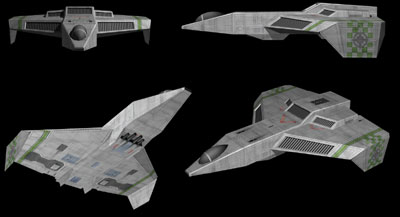 Gevatter Lars modeled this one, and Lynx took care of texturing.

The website of Wing Commander music composer George Oldziey is currently being upgraded. The webmaster is looking for feedback and suggestions for more Wing Commander based content. Send them an email if there is anything you might like to see. You can check out the site here.

George and I would welcome any suggestions you may have for me to build George a Wing Commander page on his web site. Please contact me directly at webmaster@oldzieymusic.com if you have any suggestions.

Also, you can listen to free sound clips of Wing Commander music that George has written at the site, too! All efforts are appreciated!

Ships of the Animated Series: Tug

Another show of Kilrathi force - the mighty salvage tug! The tug makes its appearance in "Recreation," attempting to capture the Warrior King and his sleeper ship. The tug is armed with two dual mount laser turrets and a magnetic grappler. 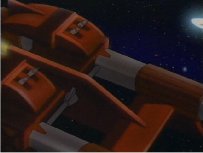