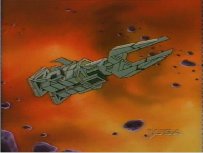 It looks like Jibbo and LOAF's design for hats has been pretty popular. If you'd like to make sure you get one, email Jibbo by Friday. Payment and shipping within the US will be $15. A custom name can be added to the back for $5, but this must be done before we place our initial order.

Electronic Arts has announced that their new headquarters for online gaming will be in China. As many massively multiplayer games stumble in the United States, games launched in Japan and South Korea have been met with unprecedented success. And although China ranks behind other countries now, trends have indicated that they could become the largest Asian market for subscription based games within a few years. Some companies have been hesitant to release games in China and other countries with rampant piracy, but they have found an alternative in subscription based content. EA anticipates generating $1 billion in annual revenue and employing 500 people at its Chinese center by 2010. You can find a complete article on this development at USA Today here. Reuters also has a related article on XBox Live's success in Asia.