Mat Tschirgi from E-Boredom recently had a chance to conduct an interview with George Oldziey, composer for WCIII, WCIV, and Prophecy. The interview goes into George's WC composing experiences quite a bit and is definitely worth a read.

E-BOREDOM: Before starting work on composing music for Wing Commander III, did you listen to any of the music from the previous Wing Commander games?

GEORGE OLDZIEY: The only music from prior WC games that I listened to was the few select themes that the producer, Chris Roberts, wanted me to quote or emulate in Wing Commander 3. You may remember that there is a reference to the old Wing theme in a fanfare before the opening credits music for WC3. Also, there was some music from the old games that was used for "running to your ship" that Chris wanted to emulate. Other than that, I was pretty much on my own. I'd have to say that the great Star Wars and Star Trek scores that were out at the time were inspirational for me and for Chris as well.

You can read the entire interview here (restored here). If you want more, you can also listen to an audio interview we did nearly six years ago in our infoburst section.

Earlier this summer the French S.F. Models Annexe was reorganized and some of our previous links were broken. People are still looking for them, so here are the new links. The place has been spruced up with some nice Wing Commander music and a new paper model ship. There is now a very impressive Thunderbolt at the site. If you've got some spare time, these are very cool things to put together and display. I'm hoping to do one soon. 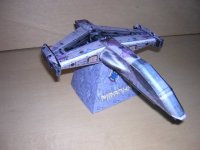 Move Along, Nothing To See Here

Unless this game has consumed your life like it has a bunch of us in #Wingnut. 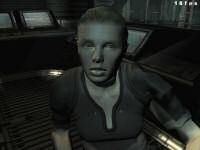 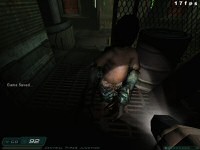 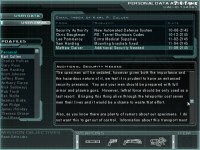