Clive Owen (Lev Arris in Privateer 2) trades his BMW for a horse in the new King Arthur movie. Owen portrays Artorius, the Roman commander in Britain, who must defend the northern border of the Empire from the invading Saxons. The Saxons were a large and brutal people who I can only assume to be the 5th century ancestors of present day English football fans. 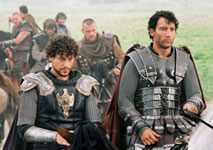 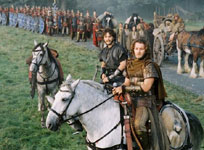 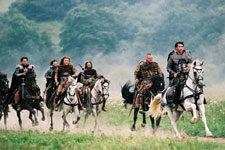 King Arthur will be in movie theatres around the world from July and August. The release date for your country can be found here.