Bob has sent us the latest build of the Wing Commander Freelancer mod. The Reckoning incorporates familiar Privateer bases, landmarks and ships into the wild black yonder. A host of other Confederation, Border Worlds and civilian designs from elsewhere in the Wing Commander universe fill out the mod.

Version 3.0 of Privateer: The Reckoning is the best yet. OpenSP, or sandbox play, is built right in to the mod - just launch from the ship on the tarmac once the intro finishes. Voices direct from Privateer immerse you deeper in the universe that is Gemini. In a first for the mod, you can even pick the difficulty and starting ship! So… how about flying a Galaxy home today?

Woohoo! The current build of the mod comes in at about 18 megs. It's easy to apply to an existing Freelancer installation with the help of the Freelancer Mod Manager which Lancers' Reactor hosts here. Bob also sent in some screenshots of some hot Tarsus action. 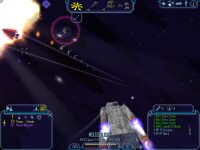 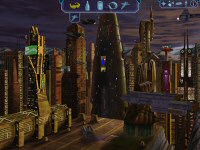 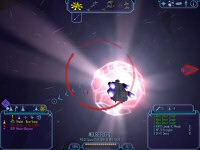 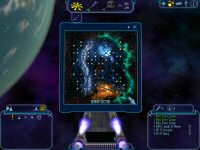 Apparently Raptor survived the trip to wherever it is that he has gone to for his overseas experience, and has sent through a new HTL chapter for you all.

HTL continues with "In The Eye Of The Hurricane", a great story following the crew of the light carrier TCS Endeavor and Battlegroup Aurora. While the Endeavor group hasn't suffered the devastating losses that Valkyrie or the Valley Forge group have, they have taken their fair share of knocks. Now, they're about to be thrown right back into it. Please send any and all comments to Shaun at velacia@rogers.com, not to me.

The story is at: http://homepages.ihug.co.nz/~theraj/archives/ch185.htm