You may remember several days back when we asked for help restoring three of Wing Commander II's source models (here). Well, at long last we've finally put together images collecting all available source images of the ships in question. Depending on which project you're working on, pick one of the large (100-200k) .bmp files below and get to work! As previously announced, new textures and/or models are needed for the Dorkathi, Depot and Fralthra! Please let us know if you're going to be helping with the project. Thanks! 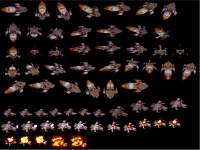 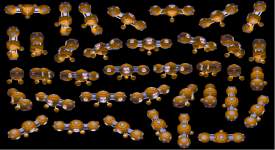 As founders of the Origin Museum, Joe and Paula Garrity were of course upset when it was announced back in February that Origin Systems would be permanently closing its Texas doors. Of course they weren't about to let everything just get trashed. So they contacted a few of the remaining people from Origin. Luckily Chris 'Binky' Launius saw their email, so he gave the museum a call.

I have been asked to give you a call to let you know that we appreciate all the Museum's work in preserving Origin's history. As the company prepares to move to the Electronic Arts offices in California, we obviously are packing up all of the items in our offices, and have come across some items that we feel need to be preserved. I've spoken to Deby Sue Wolfcale, and she agrees with me that The Origin Museum is the best place for these things to be. I won't tell you what we're sending, but I'm sure you'll be pleasantly surprised. 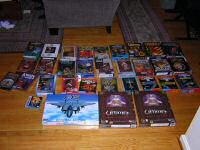 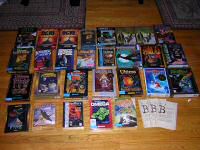 To find out what happened, you should read the rest of the story, which includes many photos of what they received. That's a pretty big box.