The Wing Commander movie will be showing on the Sci Fi Channel again next Wednesday, June 2. The fun begins at 11:00 pm. Speaking of good Wing Commander television, don't forget that Commissar's Wing Commander Academy DVD sets might only be available for a few more days. He had formatted the series to DVD with interactive menus and custom cases. Sets go for about $15.

Warren Spector Possibly On The Move

A few people were happy to see Warren Spector was doing well when we met him at E3 a few weeks back. Thief (3) Deadly Shadows was released this week, and the reviews for it are absolutely amazing so far. There's some bad news coming out today however. The rumors are that Eidos has laid off a couple dozen Thief team members in Austin, since the game is complete. There are conflicting reports about Spector's status now. Some people would like him to stick with Ion Storm a bit to follow Thief's release, while others would love for him to get a fresh start with a new company. Mr. Spector seems like a super friendly and talented guy, so I could see him being upset if his fellow team members were suddenly let go. Hopefully everything works out well for him.

Dark Space is a massively multiplayer space sim and strategy game that was released in late 2001 and early 2002. I don't believe there was a whole lot of hype around it at the time, and we never got around to mentioning its launch. They're still alive and well today however, and they've recently put together a free trial for people to take advantage of. There is an extensive backstory that involving several factions lead by a large Human navy and mysterious alien menace. Players complete tasks and gain experience to get higher ranks and badges which allow them to command bigger and better ships. There are different kinds of ships (beyond just size), so there is some variety in what you can do. More complicated mission objectives require teamwork with other players. The developers have been adding to the game for quite a while, and now appears to be a good time to give the game a try. You can start a five day free trial here. 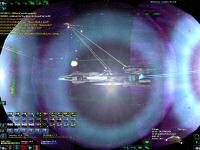 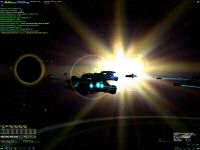 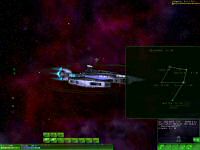 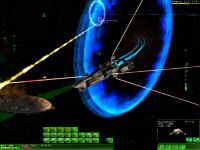 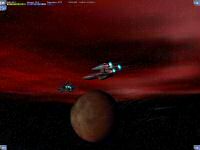 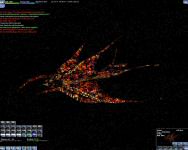 DarkSpace is a Massively Multiplayer Online Game set in the time of space travel and interstellar warfare. The universe has become a tumultuous place in the future of political infighting, economic sanctions and diplomatic posturing. All of the factions have high hostility towards one another with a few outposts staying neutral, at least initially, to determine their best interest.