Apparently the Sci-Fi channel is showing the WC movie TONIGHT at 11:30pm Eastern time. If you've somehow managed to miss it before, or you need a copy on VHS, this is your chance! Thanks to Shades for pointing this out.

A Closer Look At EA And The PSP

On Friday we spent some more time working in the EA areas and found their cushy secret VIP room at the show. It was more elaborate than the actual front offices of some other developers. We also got into a nice Lord of the Rings: Battle for Middle Earth screening that was fairly impressive. The game interface has been streamlined and made more efficient to handle the massive battles being carried out in the C&C Generals engine. Soldiers reactive intuitively to battle conditions (fear and excitement) and the scope of the conflict seems really great. We tried to make another run through the Nintendo DS line today, but too many people had the same idea. I did get a good look at the Sony Playstation Portable however. Yesterday I mentioned that I was pleasantly surprised by how the Nintendo DS worked out. The PSP is also surprisingly slick. The screen has to be seen to be believed. The games and movies playing on it look incredible, and the screen is even larger than the GBA's. It will play music and movies and also incorporate wireless functions. What if they release the Wing Commander movie for the UMD PSP format? There is also an exciting Global Positioning Satellite attachment feature in one picture I snapped. That has some exciting potential. 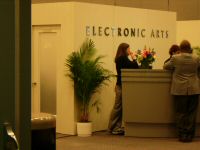 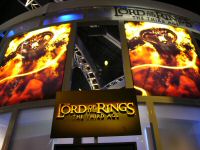 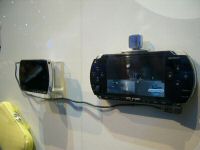 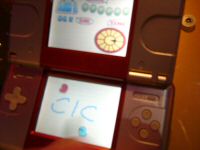 As usual, there are more pictures here. I also completed the writeup for Day Two, including some discussion on EA's place in the video game market. Thanks for visiting today. 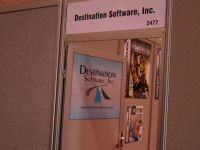