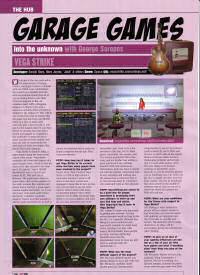 Vega Strike is an experienced project with a lot of history and lore behind it, and they're still going strong. Last year they won runner-up in the CIC's Fan Project of the Year contest as well as a major French software association award. Kinnear let us know that in the special 100th issue of PC PowerPlay, the magazine's Garage Games feature interviews Vega Strike's primary developer, Daniel Horn. Although the magazine initially compares the game to Elite, we know it has huge Wing Commander roots as well.

PCPP: How long has it taken to get Vega Strike to its current state and how many people have been involved in the project?

Daniel Horn: I started Vega Strike in 1998 in high school. I remember because I wrote it all down in the news system and managed to keep that intact, so you can even go back to see old news reports when I wrote with many exclamation points!!

The installer package is now 165 megs. I remember testing out tiny incremental versions every few days back in 1998. The game has really come a long way and now forms the core for a variety of other projects. You can find more information and try it out for yourself at the Vega Strike website.

We Missed Some Neat Saga Shots

We've reported about a lot of new specific ships in WC Saga over the last month or two, and a couple really neat singular shots fell through the cracks. I really like these three. From left to right, it's a Ferret, Cruiser and Excalibur. I love each of the designs and the new lighting/perspective the Freespace engine gives them is neat. 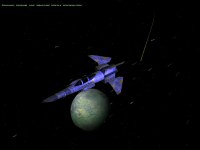 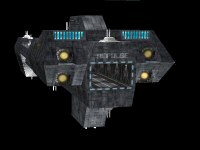 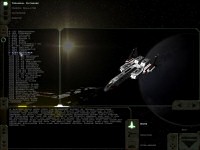 In the ship viewer Excalibur shot, it's also fun to see all the different craft listed that we'll eventually see.