... not The Phantom Menace, the good episode one - Wing Commander Academy: Red & Blue. Thanks to the kind efforts of The Killer you can download the new, high-resolution version of WCA Episode One here (209 MB). Red & Blue was first broadcast on Saturday September 21st -- and it's been waiting patiently on my VHS tape for eight years! Enjoy! We'll measure download stats for this episode as a way of preparing to post the others! For those without the ability to download such a large file... here's some pictures: 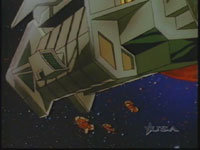 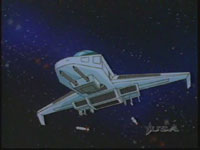 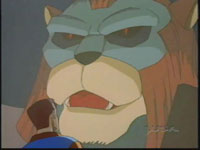 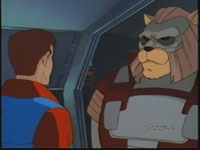 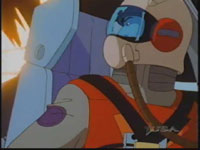 Corsair(pilot) has posted some awesome concept shots for his Wing Commander Animated Serial project! They're really amazing looking... like something out of that Star Wars cartoon - only good! A squadron of Dralthi on the left and Ronan Naval Base on the right. This certainly looks like it could be an excellent project. Read more about it in this thread. 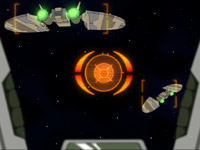 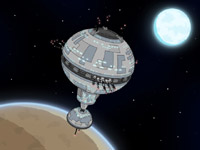