It was many years ago (or 1998) when Mark Hamill held an interview on AOL Live. The interview is primarily about Star Wars, but WC gets a look in several times. It's a good read if you missed it at the time, and if you never read WCHS you probably did. You can find the interview transcript here.

Question:What do you plan to do for acting in the future? -Amanda

EA MarkH: This is a good one. I currently have two products on the market. Wing Commander Prophecy my third installment in the Wing Commander series, The Black Pearl is in trade paperback from Dark Horse comics, which includes three pages of my drawings. This is a chance to see how much input I had by comparing my pages with the finished art.

We're now looking at our options for hosting Academy and hopefully we'll be ready to announce something in the next few days. Meanwhile, here is the second version of the Academy introduction as used in episodes 2-5. The animation is identical to the first introduction, but the music is the same as the ending music. You can download the 8.44MB file here. 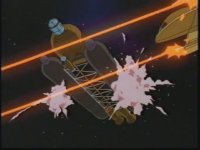 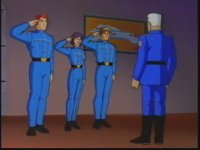