Apparently people were eager to vote for which character they'd like to see return in a future game, so this week we're looking at which character you'd like to come back in a future novel. We've narrowed it down to popular novel characters still alive in the "current" frame of reference, though I suppose prequel novels and other things make many more people possible. Maniac won our last poll, with Paladin, Panther and Bondarevsky coming in after that.

The latest Derek Smart space sim is out the gates and on store shelves now. Originally entitled BattleCruiser Generations, it has been prediscounted to $19.99 with the new name Universal Combat. The game features regular spaceflight and lots of exploration, and even lets you go down to planets for first person combat. A lot of previous games in the series have sounded good on paper with tons of neat features and great freedom, but have also been plagued by occasional bugs and other problems. "Other problems" is a bit of an understatement when you look a bit closer. The infamous Mr. Smart is engaged in yet another episodic outburst over this release. He has sued to halt the publisher from releasing the game and outlined a bunch of reasons why Dreamcatcher Interactive is a mean company. As usual, this behavior has overshadowed the actual game, which has gotten pretty good initial impressions so far. It looks neat, and for $19.99 it's probably a good buy for people looking for a real epic game that touches on many different sci-fi aspects and genres together. 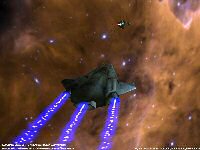 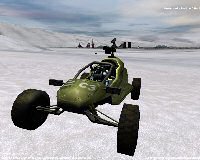 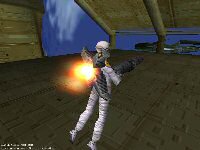 If you curious about the latest legal flare-up, Smart has put together a little manifesto against his publisher here.

When I sign a contract, it is to do three basic things.
1. Develop the game as signed on
2. Support the game
3. Provide the marketing materials, manuals etc
4. Deliver the game


Those are indeed the three things he signs on to do.

Electronic Arts has just announced that they will soon be partnering with Marvel Comics to launch a new fighting game franchise featuring Marvel characters versus original EA super heroes. The game will probably end up along the same lines as Marvel vs Capcom or Capcom vs SNK which have been fairly popular over the last couple years. That just leaves the question: what exactly is an EA hero?

This is a tremendous opportunity for EA to create new characters for fighting games that can be exploited through our global merchandise licensing machine to fuel sales in many other product categories.

How's that for business language? Apparently upcoming Marvel comics will introduce the new EA characters that will appear in the fighting game. I just keep imagining Hobbes in a mask, cape and tights fighting Superman. You can find the announcement here.